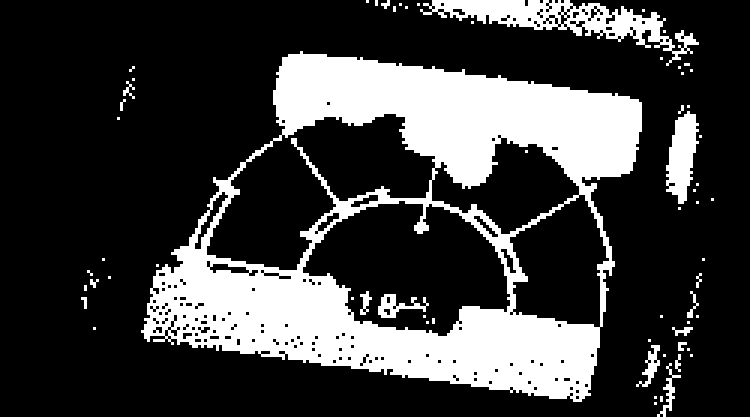 Sasha, white-knuckle grip on his new shotgun, stands over the bleeding vaccsuits in the golden light and undulating hum of the gigantic warp drive. He nervously eyes the massive flooded chamber, plant-creature pods lining the walls, when he suddenly hears another noise, muffled and indistinct, emanating from the warp drive. He frantically backs away into the waist-deep fluid and swims back out of the chamber to the waiting crew.

Outside, everyone quibbles about what to do next. O2 and Dr. Hardcastle want to go back down into the glowing chamber but J convinces them that it’s a terrible idea, that Liv Chain’s probably not there, and that the scene down there sounds like a murder-suicide — it seems there was some conflict among her crew. Instead, she suggests they explore some of the other chambers they haven’t been to yet. Dr. Hardcastle and 02 grudgingly agree but take some time to recalibrate their bioscanner to ignore plant matter. After some tinkering, they believe themselves successful, and the scanner shows there doesn’t seem to be anyone else immediately nearby.

J and Olivia take the bioscanner and slowly move into an unexplored chamber with what they recognize as an acid nodule and a thicket of thin vines hanging from the walls and ceiling. They try to move carefully through into the next chamber, but one of the vines twists around and grabs Olivia by the ankle, wrapping around her leg with surprising speed. J hacks at it with her vibechete, cutting Olivia free, and the tentacle-vine retracts into the wall with a wet slurp. The rest of the vines start twisting around in place, like a time-lapse of climbing plants reaching for something to grab onto. The crew decide this route is not worth the trouble, and reconsider revisiting the flooded chamber.

This time, they opt to have Dr. Hardcastle go and take the modded bioscanner down into the chamber. He swims in, and, carefully and quietly approaching the warp drive, sees a blip on the scanner ahead of him! In his excitement, he slips and splashes about, scaring himself and dropping the bioscanner. Spooked, he swims back out and taps Sasha to go back in, as he’s the best swimmer.

Sasha checks his jury-rigged rope harness, hands the other end of the long rope to J, and dives in. He retrieves the bioscanner and swims back to the island of vines surrounding the monolithic warp drive, trailing the rope behind him. He takes a deep breath and creeps past the bodies, finding a trail of blood he’d missed before. Following it slowly around the side of the warp drive, he finds a body in a vaccsuit. It’s hanging from its arms in a tangle of vines that appear to be slowly crawling up and into the warm light emanating from the cracks and vents in the drive.

Back up above, while the rest of the crew is watching Sasha’s progress via his bodycam, Dr. Hardcastle takes a stun baton to the vines in the room J and Olivia briefly explored. He discovers that the vines will convulse when shocked. Albie takes the stun baton from him and dives into the hole to use it on the vines by the warp drive.

To ensure that she gets there silently and quickly, Albie activates a mechanism inside herself that enables her to move with superhuman speed and precision. This gets her successfully to the island, but Sasha, seeing her coming through the murky fluid with unnatural speed, silently panics, suddenly developing a phobia of swimming.

Albie slows herself down and tries to reassure Sasha, approaching him gently and giving him the stun baton. Together, they approach the vaccsuited body and can once again hear a muffled voice. Albie goes to one of the bodies on the ground nearby and checks its radio’s frequency, changing hers to match. She can suddenly hear the person inside the suit clearly. She’s slurring her words, repeatedly saying something about “traitors” and “SMC.”

Albie braces underneath the body as Sasha uses the baton to zap the vines around it. The vines spasm, releasing the body into Albie’s arms and revealing the face of the person inside — the missing Liv Chain, who they were sent to find! She’s alive but hurt, and seemingly delirious, with bullet wounds in her side and blood dripping from her compromised vaccsuit. As the vines continue to convulse from the stun baton, the light in the warp drive’s core flares and they hear splashes in the chamber around them. Looking out from the island, they see that several of the pods have split, releasing creatures into the lake which are now lumbering towards them.

Albie opens Liv Chain’s visor and puts a rebreather on her while Sasha drags her to the edge of the water, but his phobia of swimming overtakes him and he refuses to go in, despite Albie’s pleas and the approaching creatures. Fortunately, he still has the rope tied around him, so Albie simply shoves him into the water and calls over comms for the rest of the crew to pull hard on the rope. Sasha panics as he and Liv Chain fall into the water, and he clings to her limp form for dear life.

The Psychology skill to the rescue!

A deadly tug-of-war ensues, with the crew pulling the panicking Sasha, splashing and desperately clutching the delirious Liv Chain, whose punctured suit is gradually filling with liquid. Albie tries to get out ahead of them, fighting through the mobs of plant-creatures and attempting to clear a path back to the hole they came in from. Sasha takes some serious damage from clawing creatures but Dr. Hardcastle, giving him a rousing pep talk, gets him to recover his senses and drag Liv Chain out into the hole and back up into the chamber above.

Albie, in the midst of a fight with a growing horde of faceless plant-creatures, is unfortunately still stuck in the chamber. More and more creatures are dropping from the walls. There are at least eighteen between her and the exit with more rapidly approaching. Dr. Hardcastle takes a grenade from Olivia and dives in the hole, emerging in the room and nearly panicking when he sees all the creatures up close. He manages to keep his cool, waiting for Albie to swim close. He then throws the grenade, missing his mark but still killing several of the horde. The explosion, however, causes the rest of the pods to open, and a few hundred more of the creatures fall into the water, raising the water level significantly.

J, Olivia, and Sasha start carrying Liv Chain back through the tunnels to the orifice they entered this plantscape from, leaving O2 and the unconscious Oswaldo Merrick behind. 02BZ pulls the pins on 3 grenades and jumps into the well, waiting at the bottom of the U-bend for Dr. Hardcastle and Albie. Dr. Hardcastle swims by and makes it out, and Albie dashes by with freakish speed, which O2 watches in awe, recognizing her as a fellow Android and deeply impressed with her abilities.

Turning to see the creatures pushing their way into the tunnel with him, O2 tries to throw the 3 grenades, but, still underwater, they only go a few feet before rolling back down the sloped tunnel to his feet. He swims frantically away, back towards the top of the shaft, where Dr. Hardcastle is helping Albie out of the liquid and Oswaldo Merrick still lies unconscious.

J, Olivia, and Sasha, still carrying Liv Chain back to the entrance, hear — and feel — a massive explosion behind them.

Dr. Hardcastle runs as a torrent of water blasts up from the hole in front of him, and, getting caught in the oncoming wave, bodysurfs it through a chamber where three plant creatures are emerging from pods and into another room the crew hasn’t been to.

They failed their Body Saves.

Oswaldo, unconscious, is hammered by the concussion wave, crumpling into the ceiling of the chamber as it floods.

Albie is battered and washed away by the blast — somewhere, deep into the plant’s structure, into a nest of constricting vines. Her optic circuits go black.

02BZ is crushed horribly into the wall. He feels his circuits and subroutines shut down, one by one, for the last time. The playing cards he carried hang in the water around him, slowly spinning, as his crumpled body drifts to the floor. 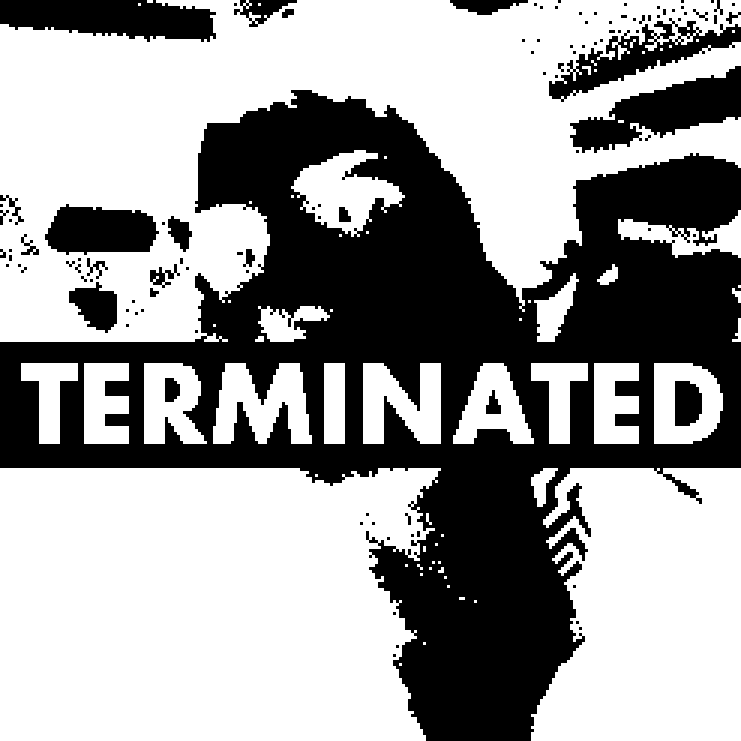 Albie (Scientist/Android) was a medical officer, devout follower of the Universal Mechanistic, and only survivor of a ship explosion. She did not survive this one. 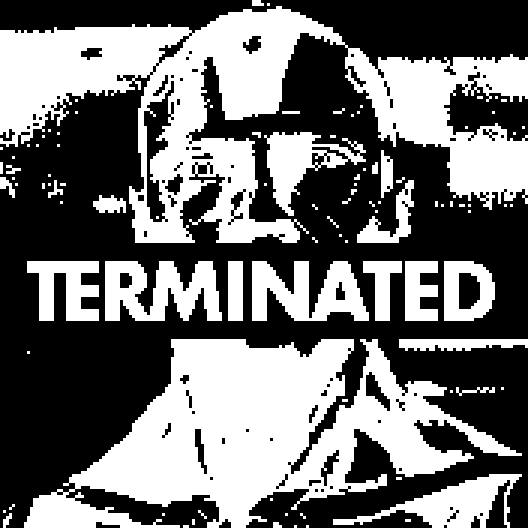 02BZ “O2” (Android) was a fully-robotic android with a laser cutter built into his arm. Tannhäuser Corporation owned nearly all of his body parts. He was reckless and crowed obnoxiously at his own jokes with an unsettling robotic approximation of laughter: “HA! — HA! — HA!” He was distrusted by the crew, especially Dr. Hardcastle, to the very end.